Explore Zagreb in an unconventional way – enjoy exploring the beauties of the city on an electric bike, in the company of our local guide. With our guide, you will hear the best stories of the classic and new attractions, combined with insider info.

Our standard E-bike Zagreb city tour passes through the old medieval city core of Zagreb. Inside the towns of Kaptol and Gradec that are located on top of two neighbouring hills, you will get to experience the marvellous attractions of Croatia’s capital. Kaptol, with Zagreb’s Cathedral as the tallest building in Croatia, is not only the centre of Croatian Catholic Church today, but it also hides other town jewels like the picturesque farmers’ market Dolac, also known as “The Belly of Zagreb”. Before reaching the hill of Gradec, we will take a ride through the borderline area of the two towns or today’s loveliest and most sociable walking street in Zagreb – Tkalčićeva Street. Passing through the only preserved Gradec gate, called the Stone Gate, we will reach the very centreof Croatia’s political power – St Mark’s Square with the buildings of the Croatian Parliament and the Government. The climb to Gradec will not leave you breathless, but the stunning multi-coloured roof of St Mark’s Church and the spacious southern view of the city near Lotrščak Tower might.

In the Lower Town, which is an area of the city that lies below Kaptol and Gradec, you will get a chance to experience the 19thcentury way of life of the newly industrialized city. Our bike tour passes through the grid-shaped streets and Zagreb Green Horseshoe, a sequence of eight connected parks and squares. Buildings of Croatian National Theatre, Zagreb University, Main Railway Station, Art Pavilion, Croatian Academy of Science and Arts, and statues of St George and King Tomislav are only some of the highlights of this area.

Let’s discover the stunning beauties and secrets of the old Zagreb!

Included: experienced guide, bike and helmet (available, but not required)

(The price includes service of a licensed tour guide. Food, drinks and any transportation costs are not included in the price.)

If you are willing to explore more…

Half an hour ride away from the centre of Zagreb lies one of the most attractive places in the city – a unique graveyard not only with specific architectural and artistic values, but also of high historical significance. Idea of building the first “joint cemetery” or a cemetery for all religions, which arose in 1876, was turned into a true art gallery in the open.  You will see how the outstanding monuments of prominent Croatian sculptors along with the stunning Arcades of Herman Bolle, come to life in the stories of most influential people in the history, culture and politics of Croatia.

On the eastern side of the city lies an 18-hectares-large park – a peaceful, wooded enclave called Maksimir. Landscaped like an English garden and decorated with alleys, lawns and artificial lakes, Maksimir Park was opened to the public in 1794 by Bishop Maksimilijan Vrhovac, thus becoming the first public promenade in southeastern Europe. The Park shows an exceptionally well-preserved fauna and flora, especially with endangered species of the Middle Spotted Woodpecker, whose population is most dense in this area. So, take a deep breath and enjoy the fresh air!

To get a taste of the life in Zagreb during the socialist era that started after 1945, you have to try out our New Zagreb city tour. This modern part of the town, which grew together with an idea of Mayor Većeslav Holjevac to spread the city to the southern bank of Sava River, is a total antipode to old downtown Zagreb that is definitely worth seeing. While passing through the area, you will hear and see major attractions of New Zagreb – large avenues, skyscraper neighbourhoods, modern parks, National and University Library, embankment of Sava, area of Zagreb Fair, newly built malls and beautiful artificial Bundek Lake. We are not on the Mediterranean, but we still have our coast! 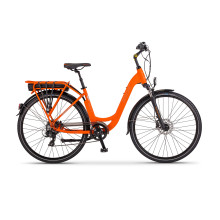 Currency server is getting updated. In the meantime you can visit Yahoo finance or Croatian National Bank for currency conversion rates.