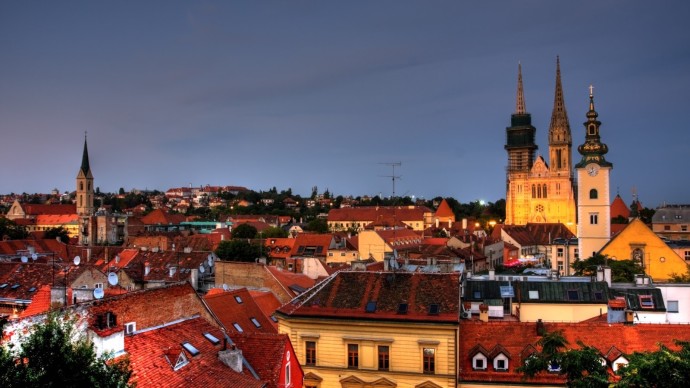 The Zagreb walking tour usually starts from Zagreb’s main square – Ban Jelačić Square named after our 19th century viceroy and national hero, Josip Jelačić Bužimski. The tour continues with the visit of Kaptol and Gradec, two historic settlements from which Zagreb, as a capital city, developed. On Kaptol, you will not only learn about the biggest Cathedral in Croatia and Croatian Catholic Church but you will also get a chance to discover our picturesque farmers’ market Dolac.

After crossing the border between the two hills, today the loveliest walking street in Zagreb, we will climb up to Gradec and enter the old city core through the only preserved medieval gate, the Stone Gate. In Gradec, you will get a chance to see the center of Croatia’s political power, Parliament and Government buildings, as well as St. Mark’s Church with its famous colored roof, the baroque church of St. Catharine’s and 13th century Lotrščak tower. In order to get to the final point of the tour, there is an option to use Zagreb’s Funicular, originally built in 1890, and known as the shortest funicular in Europe. Zagreb’s main street Ilica will lead us back to our stating point.

(The price includes service of a licensed tour guide. Food, drinks and any transportation costs are not included in the price.)

Currency server is getting updated. In the meantime you can visit Yahoo finance or Croatian National Bank for currency conversion rates.